I Ditched My Spectrum for Verizon’s 5G Home Internet. Here’s What It Has Been Like 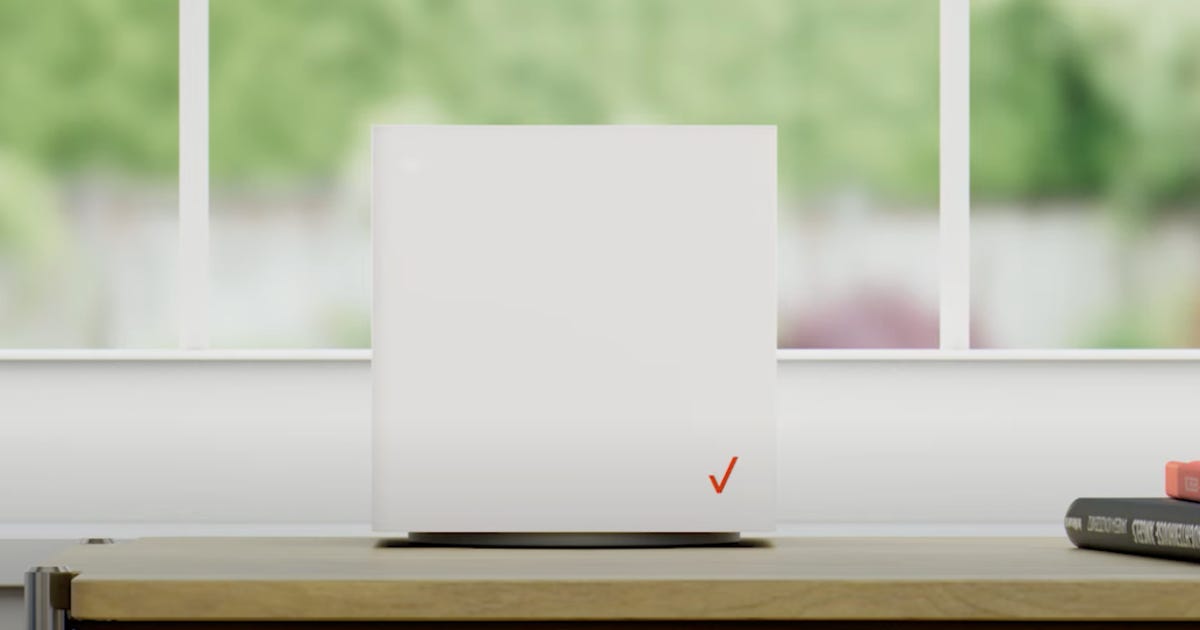 Verizon’s 5G Home internet service is poised to take on your local cable provider with a bold promise: fast broadband with no data caps for as low as $25 per month. To get that price, you need to have a recent premium Verizon Unlimited plan like its Play More, Do More or Get More options. A Wi-Fi 6 router comes with the service, plus taxes and equipment charges are included in the sticker price.

The big question with any internet provider: Is the actual service any good? As Verizon continues to upgrade its network to support its faster Ultra Wideband C-band spectrum, I wanted to find out. So I ditched Spectrum and switched my apartment’s connectivity to solely using Verizon’s 5G Home router.

The result? While I’ve only had it running for a few days, it works perfectly fine. Gaming, streaming and Zoom all generally operate as expected, but there are a few things you’re going to want to know if you’ve been thinking of switching.

Here are my first impressions.

Before we delve too deeply into the performance, we should start by clearing up a few things about this service.

Although Verizon is advertising 5G Home aggressively on television, in reality, it’s nowhere near as widely available as the company’s 4G LTE network or its latest 5G Ultra Wideband offering that reaches over 100 million people. Verizon says 5G home internet is available to 30 million people, but as with T-Mobile’s 5G Home Internet option, there is no clear map for determining if you are eligible. Instead, you need to plug your address into Verizon’s website to find out.

Depending on where you live, Fios could be an obstacle. If you’re in an area where you have the option to get Verizon’s fiber service, you won’t be able to get 5G Home. My apartment happens to be in one of those, but Verizon did send me a 5G Home device for testing anyway, which is how I was able to experience the service.

And that $25 per month pricing? Again, that is only if you also have the right Verizon Wireless plan. If you don’t have one or if you don’t use Verizon as your wireless carrier, you can get 5G Home… but it starts at $50 per month with automatic payments enabled ($60 per month if you’re not on autopay). Those are the same rates T-Mobile charges for its 5G Home Internet product.

Verizon technically has two plans for 5G Home. There’s a base service and a “5G Home Plus,” which runs an extra $10 per month if you use Verizon for phone service (and have the right Unlimited plan); it’s $20 extra without.

The Plus service gets you an extra year of price protection, though Verizon has given no indications that it is considering a price hike. You also get a free year of the Disney Bundle (Disney Plus, ESPN Plus and Hulu), $300 off one of the company’s soundbars and the ability to use Verizon Cloud for data backup. Personally, I’m not sure that justifies the additional monthly cost, especially as there are no speed or performance differences between the two plans.

As mentioned, I’ve only had Verizon’s 5G Home service running for a few days. Prior to this my roommates and I paid for a cable and internet bundle from Spectrum, mainly to get live sports. With the NBA playoffs now airing on national networks, I no longer needed a cable package for YES Network and MSG. With our $122 monthly Spectrum package for 400Mbps internet, cable and three cable boxes, the idea of downsizing to internet and something like YouTube TV became more appealing.

Verizon’s 5G Ultra Wideband service recently became available in my area with speeds on my iPhone 13 Pro Max often hitting 300-500Mbps on downloads and 10-30Mbps on uploads. That’s right in line (and sometimes faster) than what I was getting from Spectrum.

Like with T-Mobile Home Internet, setting up Verizon’s box couldn’t be easier: Plug in the small white box and you’re pretty much good to go. The only items in the box are a router, power cable, Ethernet cable (for connecting to devices like an existing router, computer or game console) and a small one-page setup guide. That guide itself has three steps: Plug in the router near a window, wait for the device to boot up, make sure the front of the box is showing a solid white light. If it’s red, move the setup to a different spot.

A nice touch: There is a QR code on the bottom of the router for express network connection.

I do wish Verizon followed T-Mobile’s example and included a small screen with signal bars and other important information. It certainly would be helpful in finding the best location to leave the device. Similar to T-Mobile’s service, you can manage the router via app. That was the My Verizon app in this case, but I didn’t have access to that account since this is a test device.

How it fares: Solid, but not overwhelming

Performance, at least in my early use, has been solid but not overwhelming: According to my Eero, from April 24-28 we downloaded over 130GB of data and uploaded 8GB. I’ve had no real issues streaming video, gaming, working and video calling on Zoom or FaceTime during all hours of the day with multiple devices simultaneously connected.

Streaming 4K video off of YouTube to my computer loads pretty quickly, though I did notice a couple seconds of buffering when scrubbing a timeline. Playing online games like Fortnite or MLB The Show 22 worked without issue even when a roommate was streaming a show or playing another game in a different room at the same time. Watching live TV on YouTube TV or DirecTV Stream on a Fire TV Stick 4K Max, iPad or computer also worked seamlessly and looked fine.

I have yet to download any large files, but I have noticed some weird discrepancies in speed compared to the 5G experience in my area when connected to Verizon’s mobile network. Whereas there are times I can get over 300Mbps download speeds and over 20Mbps upload over Wi-Fi and Verizon’s 5G Home, it often seems like the phone’s connection is faster. There have been times where Speedtests over Wi-Fi from my phone showed download speeds under 100Mbps and when I would disconnect and hop back on 5G, the network would show downloads over 300Mbps.

This seemed to be particularly true when I connected my Eero to the 5G Home, which sometimes left me with download speeds over Wi-Fi of 50Mbps when Verizon’s 5G network on my phone was getting several times faster performance.

It is unclear if this is a result of deprioritization of 5G Home traffic, congestion, Ethernet throttling on the device itself or if the particular cell tower in my area isn’t configured to support 5G Home broadband. I have reached out to Verizon for more details and will update if the company responds.

Even with the discrepancies, I still am encouraged by what Verizon is doing with 5G Home Internet. For many of my day-to-day tasks, it works great. And for $25 per month, could be a solid alternative to traditional cable… if you can get it in your area.