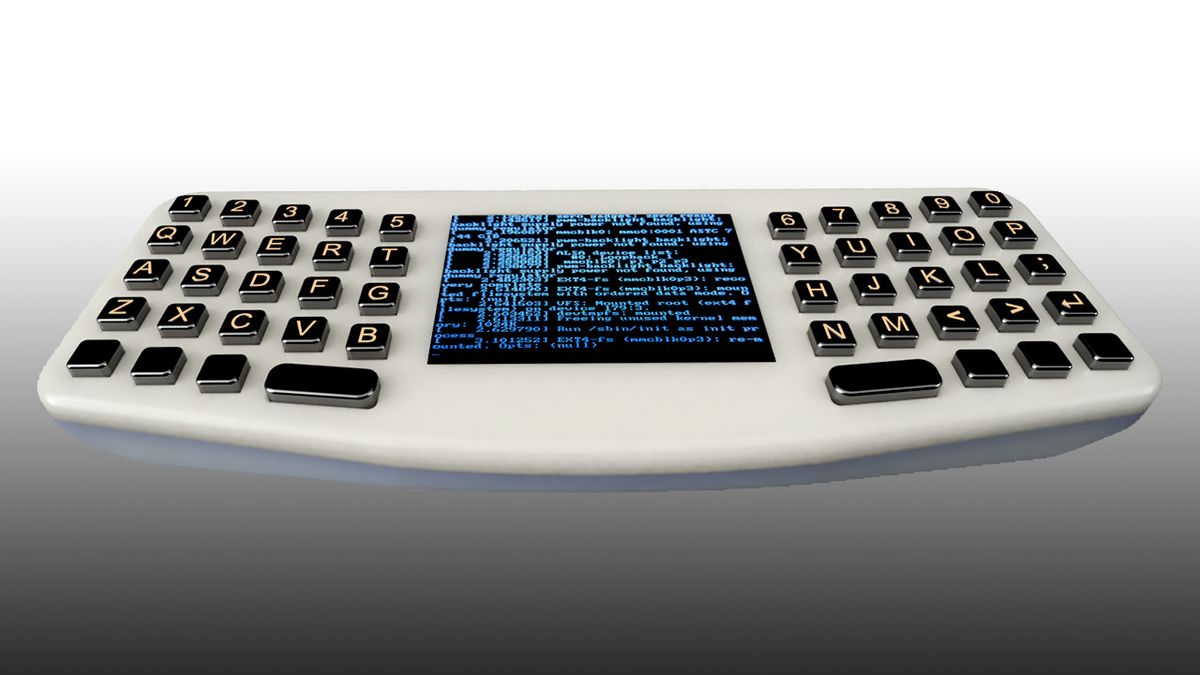 Made from $15 of parts and looking rather worryingly like a Nokia N-Gage (the original sidetalkin’ model), the ‘minimum viable computer’ is the creation of San Francisco-based inventor and journalist Brian Benchoff. As reported by Liliputing, it’s a Linux-ready computer based around an ARM9 processor that can slip in your pocket, and can also run Doom. But then what can’t?

For $15 we can pick up a Raspberry Pi Zero 2 W, but then we need to add a screen, keyboard and other peripherals. What Benchoff is theoretically offering for $15 is a complete permissively licensed low spec machine with enough power to ping a server and toggle the GPIO. Don’t go expecting a GUI, though, as Benchoff isn’t writing one. The 2.3 inch IPS TFT screen has a resolution of 320×240 pixels, and while it can run Linux (Buildroot embedded) on its 533MHz Allwinner F1C100s SoC, based on an ARM9 core with 32MB of RAM, you’ll only be getting the command line. There’s no touchscreen, so you’ll have to use the 48-key membrane keyboard, split in half with the screen in the middle to make for efficient thumb-typing. Storage comes via a micro SD card, and power from AAA NiMH batteries which charge over USB-C. Battery life is described as ‘long enough’.

With a board based on the now discontinued LycheePi Nano, the minimum viable computer sits in a plastic clamshell case that snaps together without requiring tools. On the back sit a USB 2 Type-A port, the micro SD card slot, and the USB-C charging port. There’s no built-in Wi-Fi or Bluetooth, but you can attach an adapter to the Type-A port.

There are a lot more details, a full parts list including the cost of components ($14.16), and some thoughts about future work on Benchoff’s GitHub page. Benchoff plans to make the device available, eventually, and asks for interested parties to contact him via Twitter.